Given up on politics? How Michelle Obama and an ex-president changed my mind 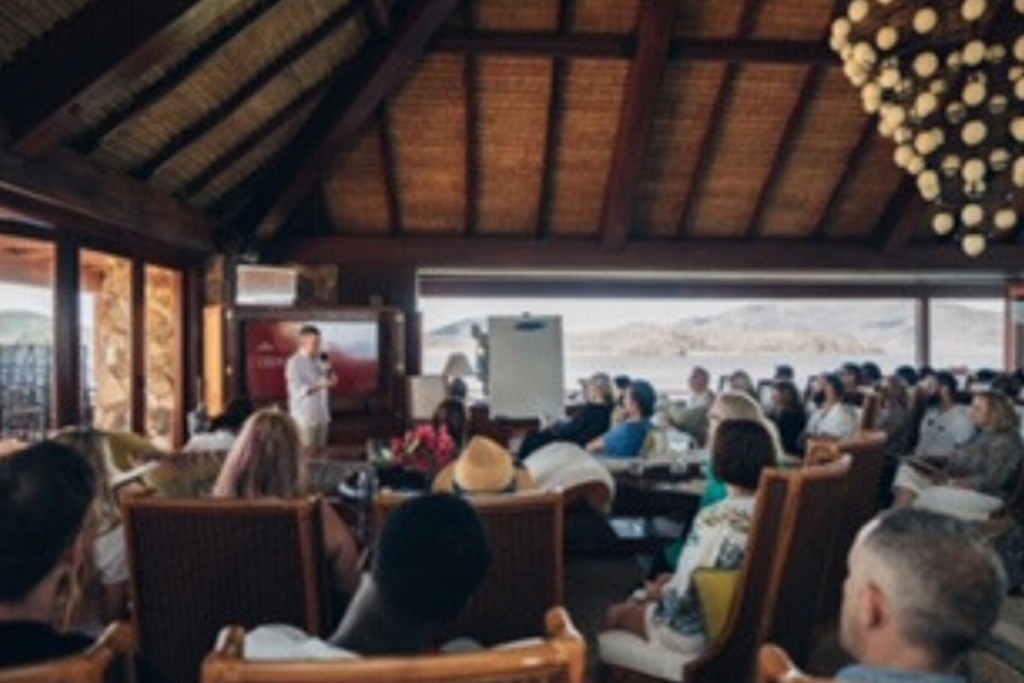 Recently I had the privilege of seeing Michelle Obama speak live at the O2 arena. It was quite an experience. Apart from anything, I’ve never been in a crowd of that size before. And the 15,000 people in that space hadn’t gathered for a concert or comedian. We were there to see one of the most inspiring female leaders of our time share her thoughts on democracy and the future. And in a time when so many people have given up on politics, it couldn’t have been more timely.

Such a turnout, for such an inspiring woman, gave the event a uniquely hopeful air – and Michelle didn’t disappoint. In fact, several of the things she said have really shifted my thinking on some important topics, and I’d like to share one of them with you today.

However much you’re personally involved in politics, it’s hard to avoid the sense that there’s been a shift in recent years. I’m sensing a very different kind of conversation amongst our leaders and it’s not a development that feels good.

To me, it’s starting to seem as though we’ve moved out of an era when our political leaders were motivated by a desire to be a good steward for the country they had the responsibility of leading. Where there was a sense of duty, and of responsibility for leaders to make wise decisions; show respect for their opponents; and act in ways they truly believed to be in the best interests of the people.

Today’s politics feels rather to be characterised by very different motivations.

A hunger for power at any cost.

And the use of fear, especially when trying to convince citizens of the need for a certain course of action.

Where are the stewards?

In the UK, the country where I’ve chosen to live and raise my family, there is I think an agreement on all sides of the political spectrum that we’re very much lacking that sense of strong, decisive leadership.

I’d be hard pressed to identify any of our current leaders as stepping up to “steward” the country at a time of such turbulence, and with so many pressing challenges requiring attention.

But the UK isn’t alone in this regard. The US draws a lot of attention, and of course Michelle Obama has experienced that firsthand. Increasingly we’re seeing more and more pitting of people against one another. Political opponents are no longer looked at as adversaries to respect – partners to stimulate creativity; encourage good governance and engender lively and rigorous debate. Now, it seems that political adversaries have become enemies; and the task of those opposing them is simply to defeat them, at all costs.

President Juan Manuel Santos was the Colombian president who successfully negotiated an historic agreement ending the conflict between the FARC rebels and the Colombian government – one which had continued for half a century. 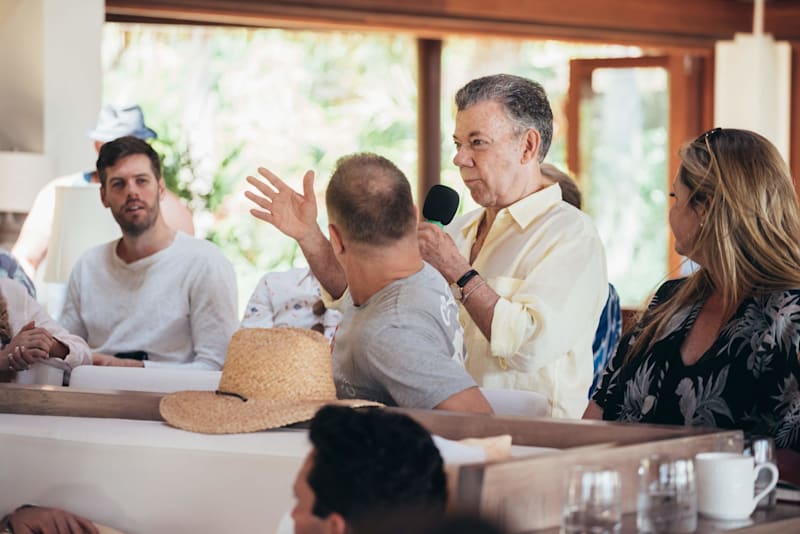 The announcement of this agreement marked the first public encounter between a sitting President of Colombia and the commander of the FARC. Suffice to say, he’s someone whose opinion on managing conflict and negotiations is one I take extremely seriously. And when I heard him speak on Necker Island recently, he articulated his view that we can never afford to see our adversaries as enemies.

An enemy is someone you wish to defeat, wipe out, even in a military context kill.

We need to start seeing people with different views to ours as adversaries; and in doing so to respect the dignity of them as human beings.

No wonder many of us are feeling pretty disillusioned about the politicians making decisions about our collective futures.

Have you given up on politics?

As I’ve been reflecting on these issues over recent months and years, I’ll admit that an element of cynicism has begun to sink in to my thinking. After all, I’m the founder of an organization seeking to create a new wave of female leaders. We’re focused on training exactly the kind of wise, powerful leaders that the political system so sorely needs.

So when I perceive our current leadership to be so lacking in the traits I’d wish to see, it’s tempting to write it off. To assume that there’s nothing that can be done to change things; to focus instead on the areas where I feel I do have an influence, be it my business, my family, or my colleagues.

But something Michelle Obama said that Sunday night stopped me in my tracks. Woke me up, perhaps.

One of the questions she was posed was about this very issue. What do we do, in a situation where it feels as though we have no power or say?

“Democracy never stops. You might stop. You might opt out. But democracy continues. And someone is voting.” – Michelle Obama

That simple yet powerful reframe jolted me out of that jaded place I’d been in, of feeling resigned to the state of the world.

Because Michelle is right: Those of us who live in a democratic country get to exercise our democracy. To vote.

And if we see the failures of the system, allow ourselves to become cynical and jaded, and tell ourselves we’re “opting out” – that doesn’t mean that the system won’t continue.

It will continue to deliver power to someone.

Whether those someones are fit to lead is another story.

The fact is, if we want to exercise our rights to democracy and we feel that the current system has failed us, we need to participate at an even deeper level.

There is no opting out.

In fact, if we opt out, fear – and this current system which feels like such anathema to the principles of good leadership I believe in – wins.

It doesn’t matter which side of the political divide you sit on – if you stop participating and shaping what’s happening, fear wins.

How do we participate more meaningfully?

Now, I’ll be honest with you. From a personal perspective, I’m not yet clear on exactly what this means. One thing I am clear about is that, if I’m looking around and not seeing the leadership I want, there has to be a way to contribute beyond just showing up or not showing up on polling day.

Perhaps it’s more about this grassroots leadership that at One of many we’re such a stand for.

But it can’t be opting out.

So if you’ve also found yourself becoming jaded, cynical, or sceptical about our current political system, let me reflect back to you the question I’ve been asking myself, ever since that Sunday night in the vast arena, listening to one powerful woman ask us how we planned to shape our future.

How do you want to participate in a way that you can shape what’s happening in your country? In your world?

Leadership comes in all guises, at all levels.

Only you can know which one is calling you.