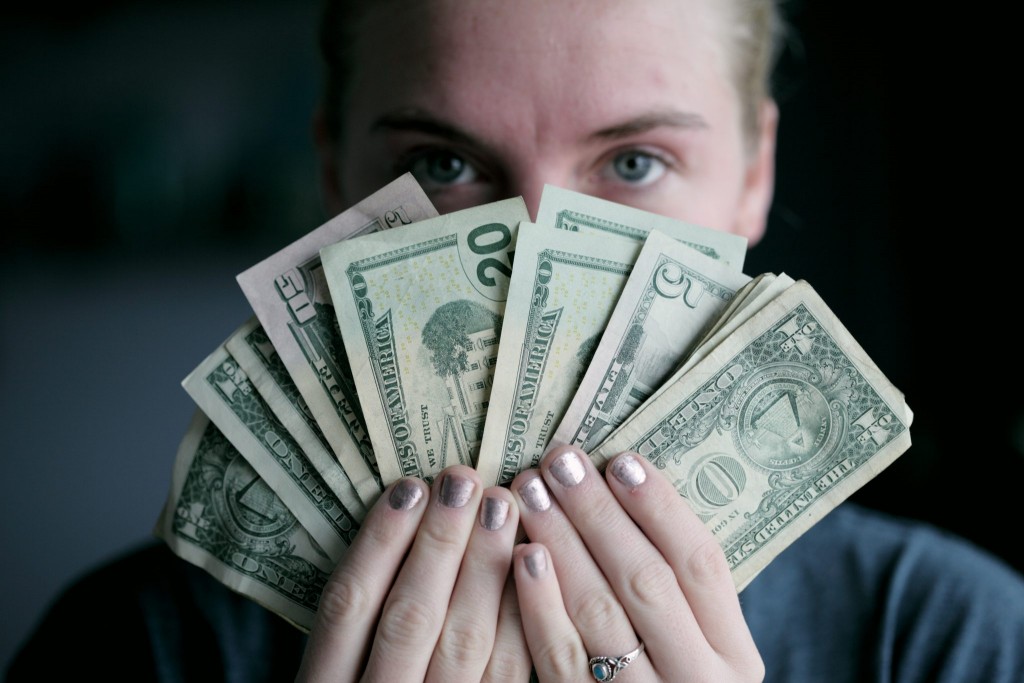 Today I want to talk about money – because our economic power as women is something which I believe we absolutely have to turn around if we are serious about shifting the way the world works. Not just for ourselves but for our kids, for our families, and for the world at large. And there’s a really important aspect to how we manage our finances that is often missing from advice about managing your money, and it starts by understanding why money is power – and how that impacts us.

Here’s the interesting thing – as women, it’s been reported that we make 80% of the buying decisions on this planet.

Women are an army of change waiting to be tapped into.

It’s not a nation or an industry or some small group of power brokers that can actually change the world. It’s us.

The quote below comes from an article that’s almost a decade old now, and it reflects the excitement people began to feel around the world when we realized the implications of these statistics.

“Women have become the major drivers of the consumption economy in the United States, says Maddy Dychtwald, author of “Influence: How Women’s Soaring Economic Power Will Transform Our World for the Better.”

She says that women today influence 83% of all dollars spent on consumer purchases, including:
62% of all new cars
92% of vacations
90% of food
55% of consumer electronics
93% of health-care spending
94% of home furnishings

And as women have gained more economic might, they have also wielded this power differently than men, says Dychtwald. In developing countries, it has been documented that women reinvest 90% of their income in their families and communities, compared to men who reinvest only 30% to 40% of their income.”

If we get empowered around money, if we equip and empower ourselves around money and start making decisions which are in line with our values, then we could absolutely transform what the world looks like.

We don’t always realize the power we have

And yet, five years on, a US study by Fidelity Investments revealed that “eight in 10 women have refrained from discussing their finances with those they are close to”. And
just 47% of women said they would be confident discussing money and investing with a financial professional on their own.

There’s a gap, in other words, between our power to create change using our finances and our confidence in our ability to do that.

A second study by Fidelity, in 2016, analysed over 8 million investment clients and revealed that “women actually tend to outperform men when it comes to generating a return on their investments.” And yet the same report found that “when asked who they believed made the better investor this past year, a mere nine percent of women thought they would outperform men.”

This data is fascinating to me, because it points to something that’s long been a cornerstone of our financial training at One of many – and that’s the awareness we bring to our relationship with money.

Not how much we have, or what we plan to do with it, but the relationship itself.

Whether you feel fearful, or embarrassed, or confident, or in control…

You see, if we control the majority of the spending power, and tend to make better long-term investment decisions than men, the biggest problem we’re facing isn’t our ability to use our money. It’s having the confidence to take the reins and make those decisions in the first place.

Why we lack confidence around money

What I think we’re seeing at the moment is that over the last 100 years or so, where women have started to become empowered in the public sphere, we’re starting to see women who are showing a way of getting confidence in work.

We’ve fought our way through that glass ceiling and showed up, and we’re starting to be more confident there, we’re performing. Yes, there’s still a long way to go, but we’re doing great.

However, our money confidence is lagging behind our progress in other areas – like education, and careers. And this is a problem because if we look at the culture we live in, money is given a unique role.

All of us live in cultures where we are getting messages every day about what’s right, real, true, correct about ourselves, whether we fit in or we don’t fit in.

And for most of us, the cultural message around money – you only have to open a magazine, watch the news, or catch a movie to see this – is that money is the ultimate measure of value in our society.

If someone has more money or makes more money, the underlying assumption that the overwhelming majority of individuals will have about that person is that they are of more value than someone who makes or has less money.

Can you see how that kind of messaging can really dent our ability to feel strong and empowered financially?

How does your money confidence impact you?

Here are some questions to help you begin to explore how this messaging might be impacting you and your relationship to your finances.

Take a quiet twenty minutes to yourself, and do some journaling – write a few sentences for each question.

If you haven’t been in these situations, try closing your eyes and imagining seeing that number on your bank statement. Then connect to how that might make you feel, and write from there.

Do you find yourself equating your self-worth with how much money you’re making?

What happens to your self-confidence when your income goes down?

What happens to your self-confidence when there’s no money in the bank?

What happens to your self-confidence when you get a lot of money in the bank?

One of my clients experienced this last point vividly. Her mother died and left her an overwhelming amount of money. Now she was a great entrepreneur, who had started, run, and sold many great businesses, but she had never actually educated herself around managing her wealth.

And so when her mum died, she suddenly had a big pot of money – but no confidence to deal with it.

She found herself in a tailspin of anxiety. And that’s so normal because if we’re in a culture which rates our self-worth around money, then suddenly having a lot of it that you didn’t earn is a really fast way to dig up all kinds of psychological turmoil.

Equating money with self-worth keeps us from our power

And that’s where I think we are. As women, our money confidence is still being informed by the last few millennia where we have not been involved in commerce at all. That’s a situation which has only very recently changed so it totally makes sense that we don’t have a lot of confidence around our money.

The flip side of this cultural stuff that we’re swimming in, where women have not had opportunity to be involved with money for millennia, is all of the other messaging we get that tells us “women are crap with money”. Think about sitcoms or movies – it’s rare to see a female character who makes truly empowered financial decisions. Far more often, it’s the “ditsy blonde” piled high with shopping bags, right?

What does that do to our self-confidence?

It’s time we took back our power when it comes to money.

And the first step is to become aware of what level your confidence is at around your finances, and how that’s getting in the way of you feeling in control.

The world needs changing. We can change it with our economic power – and where we are giving our power away, then we are not fully stepping up to the calling that’s there for us.

If you’ve got everything else sorted in your life but you’re not looking at money, it’s your blind spot. The leak in the bucket that is your power, and it’s important to take action on this.

If that rings a bell for you right now, click here to drop us a quick line at the office so we can set up a time to chat. The kind of support you’ll need is absolutely personal to you, and our team here are fantastic at helping you work out what that is and signposting you in the right direction.

This is the first step to understanding how money really works, how it interplays with our mind – because unless we can get our mind on board, then we’re stuck.

Grab your power back, not just for you but for the impact you’ll have in the world.

Where are you at in your relationship with money? How is your mindset supporting you, or holding you back? Share your money journey in the comments.