How to handle Imposter Syndrome 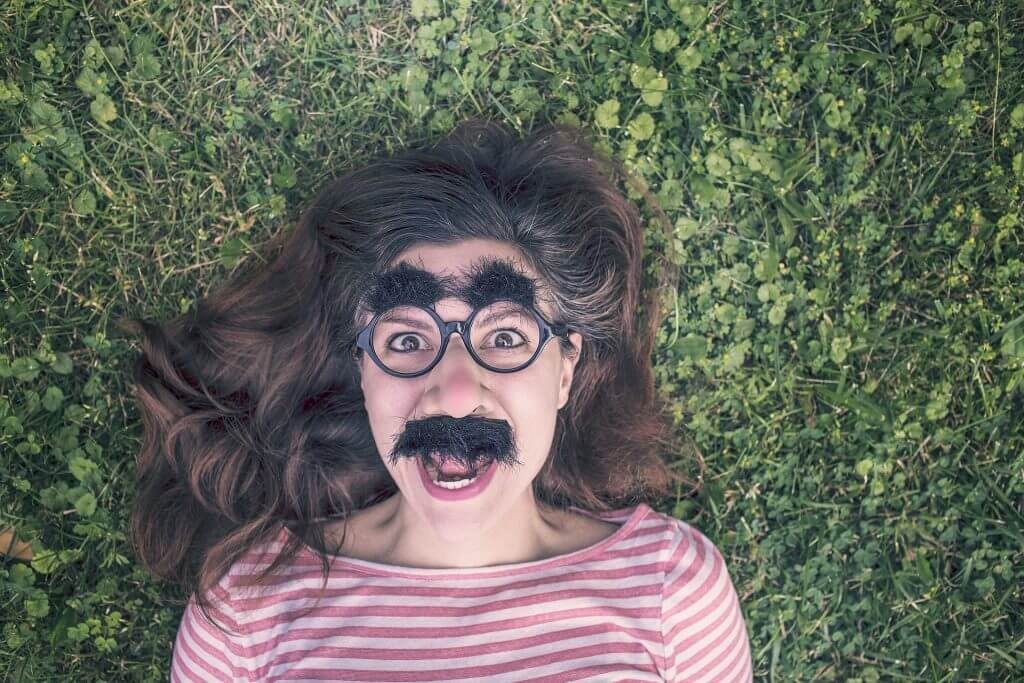 I was in the boarding lounge at Heathrow Airport, in tears.

(Not one of my proudest moments, I have to say)

I was crying because I was about to do something amazing. It was my first trip to work with Ali Brown, someone who I had followed and looked up to for years and years and years in my industry, and I was getting on a plane to head over to her very first Repower event in Phoenix, Arizona.

So I did what I always do in times like this – I called my sister.

“Sis, I’m freaking out. I feel like a total fraud. I’m heading over to this event and it is going to be full of highly successful women. You have to be doing seven figures even to be in the room.

I’ve just got this baby business that’s a total fluke, and I’m doing this ditzy personal development thing, and what the hell?”

Even thinking about it now I can still feel that feeling. Maybe you can relate? Have you ever found yourself feeling as though, however far you’ve come in life or whatever you’ve achieved, one day you’re going to be “found out” for not having a clue what you’re doing and being a complete fraud?

For high achieving and successful women, impostor syndrome is incredibly common. And we’re in good company! I was amazed to read what Jodie Foster told one interviewer about her experience of winning an Academy Award for best actor. Now that’s an accolade you’d think would feel like pretty concrete proof you’d arrived, right? Wrong.

“I thought it was a fluke,” she said. “I thought everyone would find out and they’d take the Oscar back. That they’d come to my house knocking on the door, ‘Excuse me, we meant to give that to someone else. That was going to Meryl Streep.'”

Or how about Maya Angelou, a writer who I’ve looked up to my entire life as an incredible fount of wisdom and knowledge and extraordinary insight. She’s been quoted as saying,

So if you ever achieve great success and try and write it off as luck or being at the right place at the right time or undeserved, then you’re in really great company.

What is imposter syndrome?

What we’re talking about is that feeling of being a fraud, or being a fake, when actually you’re not. Like sooner or later the whole world is going to find you out. Now that might make sense if you really were ripping people off, or pretending in some way. If you’re an undercover cop, you probably would feel fake from time to time.

But if you are a successful small business owner doing six or seven figures and people love your work… or if you keep getting promoted and praised in your role in an organization, then it’s probably not appropriate to feel like an imposter.

The bottom line is, if you’re really good at whatever you’re doing, then it’s okay for people to believe in you. It doesn’t matter what the thing is – if you’re good at it, it doesn’t make sense to feel like an imposter. So why do we?

The phenomenon was first described by psychologists Suzanne Imes and Pauline Rose Clance in the 1970s. And they described it as occurring among high achievers who are unable to internalize and accept their success.

These high achievers will often attribute their accomplishments to luck rather than to ability, and fear that others are eventually going to unmask them as a fraud.

Imposter syndrome holds us back

This feeling that we’re going to be found out stops us stepping into our greatness.

I’ve spoken to successful corporate employees, women who are doing very, very well in high positions inside of their organization who don’t put themselves forward for promotion because they feel like they’re actually not even supposed to be where they already are.

We don’t position ourselves powerfully to be able to be of service to the people that we can make a real difference with… because we don’t want to sound like egomaniacs?

That’s imposter syndrome. It stops us from really owning, promoting and putting ourselves forward. Not in a way which says, “Look at how great I am.” But in a way that says, “Look these are my achievements. This is what I have done. And I can help you.”

How to handle imposter syndrome

Having someone you can talk to when Imposter Syndrome strikes is something that I highly recommend. I’ve got my sister, who I can always count on. Back in that airport lounge at Heathrow, when I called her in tears before my trip to meet Ali Brown, she gave it to me straight:

I rely on loads of other people too – my husband, my team, my fellow coaches. These days I’m consciously leaning into collaboration and working with others, because if I’m feeling not good enough then they will remind me.

Who could you turn to when you need an outside perspective on how you’re doing?

If you’re an entrepreneur you might have a bio you share; if you’re employed, it might be a CV. Either way, looking at how you present the facts of what you’ve achieved to others is a great way to remind yourself of just how great you really are. (If you’re a mum, there’s always asking your kids – it might not be the specific insight you’re looking for, but they definitely think you’re pretty awesome!).

My friend Kim taught me this – she keeps a file of all of the clippings and little thank you cards and everything that anyone’s ever given her that has her feel really great. You could keep a special folder in your emails for the notes that really make your day, or pin thank you cards above your desk so you can see them whenever self-doubt kicks in.

It’s not fair, if you had an advantage over others, sure. Life isn’t fair. But you had to do something to get where you are, and you need to own that. So spend some time accepting that success that you’ve had.

The final thing that really helps me is shifting from “me” focus to “other” focus. When my sister asks me to refocus on the women in the developing world that we’ve supported through the Hunger Project, it’s much easier for me to recognise, “Yeah, I did help those women to create something they would not have otherwise been able to create. I do make a difference.”

So focusing on the value that you provide and the difference you make to others really, really helps.

Time to get real

What opportunities are you not stepping into because of the fear of being found out?

How are you stopping being of service for others by holding yourself back in this way?

And remember – Kate Winslet feels it every time she goes on set. Jodie Foster feels it when she receives her awards. Maya Angelou feels it every time she writes a new book. You’re in great company. You’re one of many women who feels this impostor syndrome and hey, that’s a great club to be a part of, but it doesn’t stop them – so don’t let it stop you.